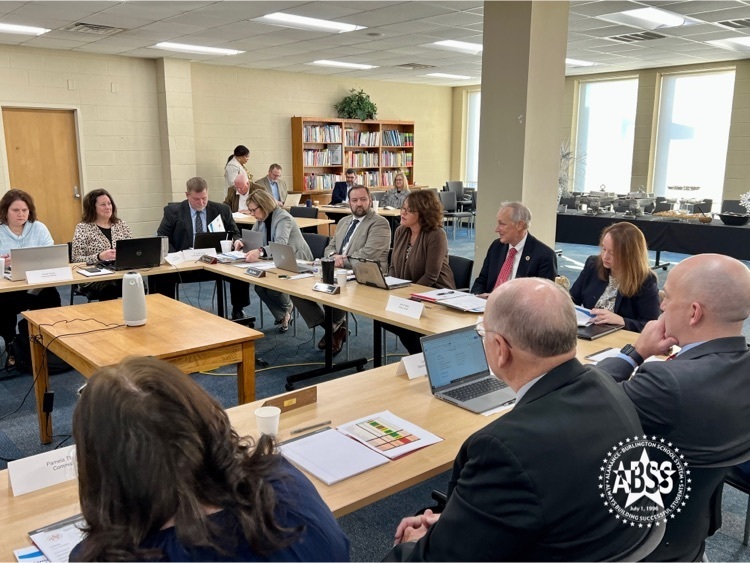 The Alamance Board of Education, Alamance County Commissioners, and local state representatives met jointly Monday morning to begin the process of talking about school funding.

ABBS Currently spends $12,102 per pupil with $2,000 of that coming from local funding and the remaining between state and federal funds.

ABSS Chief Finance Officer Kim McVey presented funding priorities for the next year.  The list includes an increase in teacher supplements, money for athletic trainers at all of the District’s high schools, an increase in coaching supplements, and the opening of a new Multi-Language Center.

“This center would offer support for students who are moving to Alamance County from other countries.  These students are currently enrolled in our schools and often struggle to learn English.  This center would give them the  individualized attention for up to a year.  I believe this sets them up for success as they transition back to one of our schools,” said Dr. Dain Butler, Superintendent.

The District’s multi language learners have increased from 1,981 students in 2017 to over 2,800 students this year.  Many of those are refugees who have moved to Burlington.

ABSS Superintendent Dr. Dain Butler said he would also like to see the ABSS teaching supplement increased to compete with neighboring counties.

“We’re in between Guilford and Orange offering larger supplements.  This makes it difficult when it comes to recruitment.  I’m very appreciative that we’re in the top 15, but would like to see us in the top ten.”  Butler added.

An additional $1.1 million in local funding would be needed to put ABSS in the top 10.  ABSS currently pays an average supplement of $5,367.  The District is looking to increase at an average of $500 per year per teacher.

ABSS will officially submit its funding request to the County March 27, 2023.